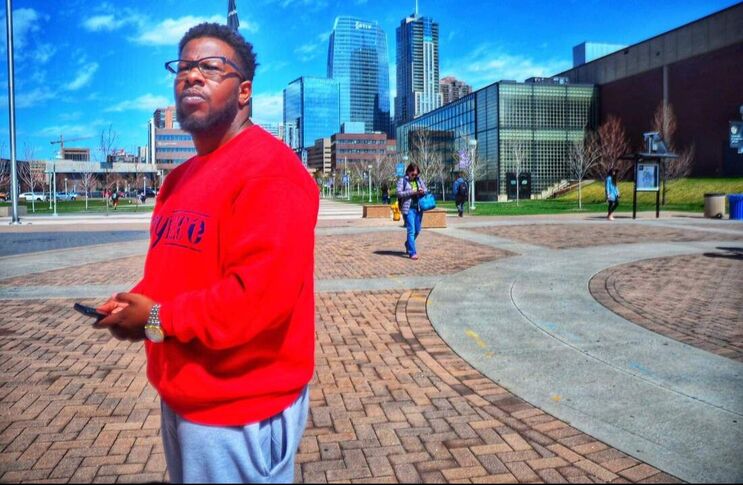 Originally from the south side of Chicago, IL, the youngest of 6 children, birth name Steven L Nichols II. Reco began his musical journey at the age of 13, heavily inspired by the greats Tupac, Biggie, DMX, Eminem, Jay-z, and Nas to name a few. In the beginning Reco wasn’t comfortable behind the mic, in elementary and middle school you could find him at lunch tables with a pair of pens making beats for everyone’s cyphers, then as a freshman in highs school he downloaded Fruity loops and started producing his own tracks.
Shortly after producing for a few months, Reco decided it was time to pick up the pen and start writing. At the age of 14, he performed at navy pier during an audition intermission and was (Boo’ed) offstage pretty much. Reco kept writing and focused less on producing, at 16 he recorded his first studio song called “ kill You” with his older brother in Des Moines, Iowa. During his late high school years, Reco became more involved with the music scene there, doing mostly cover songs, battles, and cyphers at this time going by the name Chy Tha Prophet.
In 2005, Reco welcomed his first born child, his daughter into the world on December 13th, by the name of Shaniya. A healthy babygirl, that brought nothing but joy to his life. Sadly 13 days after on December 26th, she passed away in her fathers home from S.I.D.s. The toughest time and life changing time in his life, Reco still managed to graduate high school 5 months later.
At the age of 19, Reco moved to Denver Colorado with his fiancé and 2 daughters for a change of scenery and better up bringing for their children. 3 short months later she returned with their children, while Reco stayed behind. Working a number of jobs in the state, Reco wasn’t able to get his music up and going right away like planned, and being a father had always been a priority, so for a while music had to be put on hold.
Over the years Reco began networking with a number of producers and artists within the state, recording songs, doing cover songs and freestyles, and by 2013 created a small Buzz with his first video and single entitled “Money”.

While “Money” wasn’t a huge breakout single, it was a good beginning to getting some eyes on the state’s new artist, so he began to work on a Mixtape called “Quality Over Quantity” set for release summer of 2014. In December 2013, he received call that his niece’s mother had been murdered in her home on Christmas Eve, then 26 days later his older brother Michael was murdered as well.
These events caused the mixtape to never be finished and the little light that was beginning to shine had already died out for reco. 2 years went by and no music had been released, Chy Tha Prophet was gone, adopting his brother’s middle name, Chy Reco  had emerged.
In 2016, a fellow artist invited Reco to attend The Vault “open Mic” sessions, there reco began to get his hands deep in the underground music in Denver like never before! From there Reco gained more eyes and ears and scored a spot on the Series “The Session” where artists are web streamed live performing freestyles along with multiple different artists, following that Reco was invited to perform at Denver’s #1 underground platform for artists “The Test Kitchen”.
Reco since then has been making many moves in the city, including with Imbassi (I and I Productions), Dream Is Grind, RM3, Loser’s Table, Clothing brand Defiant Society, Producer WicJones, also collaborating with many talented artists in Denver, building the brand Chy Reco is growing more and more, with a new project entitled “Me Between The Lines” on the way for his listeners and music that comes from the heart! Stay tuned for more!!
Book Now